Adele is right, shuffle buttons are a betrayal of great albums 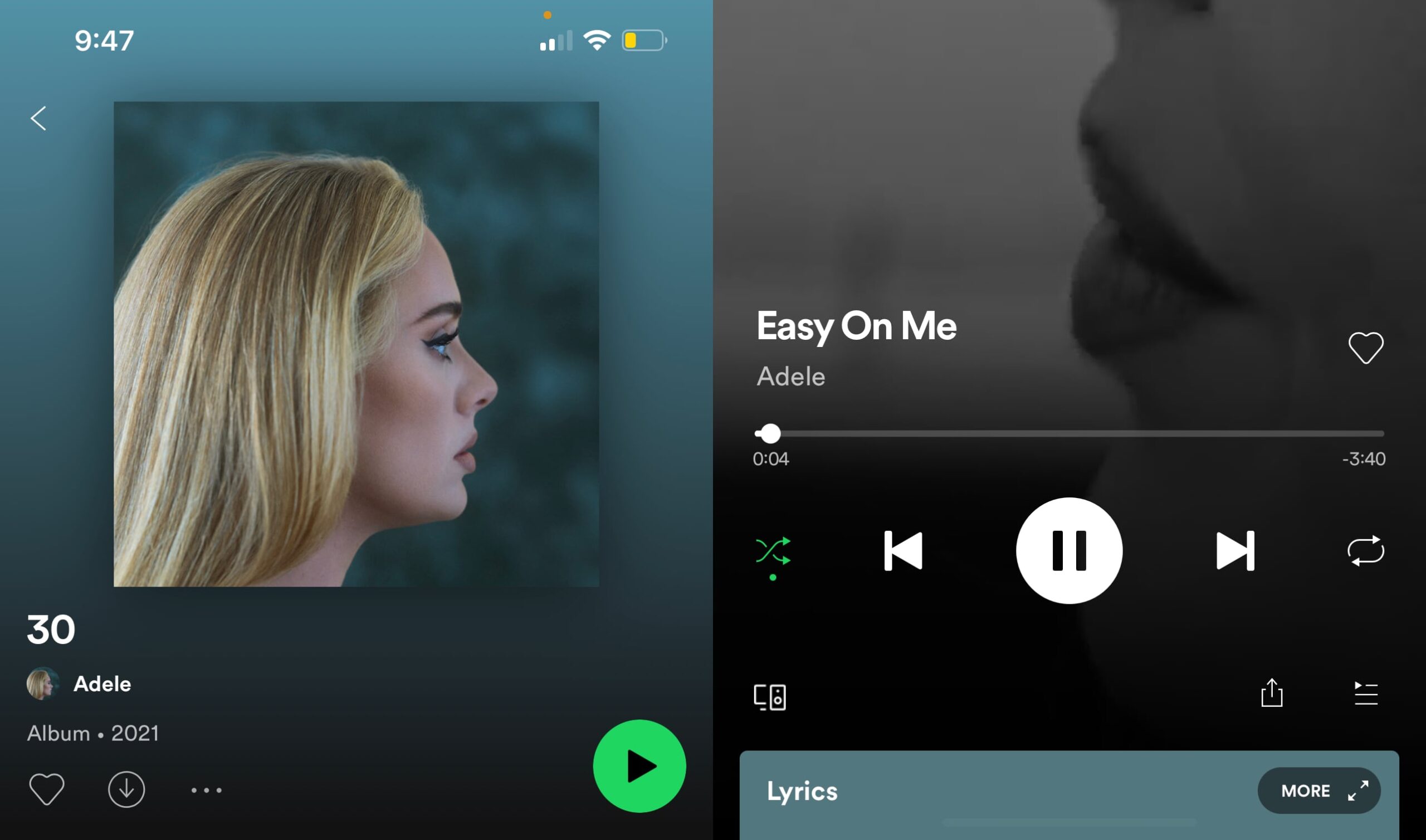 OPINION: Adele has pushed Spotify into small but significant change. It’s time for the shuffle button to shuffle off this mortal coil.

Adele’s everywhere at the minute; given her new collection of heartbreak-laden sad songs is now available. I can’t say I’m a fan of the unavoidability of its all, but I went full #TeamAdele this morning over her unlikely incursion into the tech news headlines.

Spotify is still giving users the ability to shuffle but isn’t presenting the album in that manner; kind of discouraging its use.

In a tweet she said: “This was the only request I had in our ever-changing industry! We don’t create albums with so much care and thought into our track listing for no reason. Our art tells a story and our stories should be listened to as we intended. Thank you, Spotify for listening.”

No, thank you Adele! I’m delighted with the change and couldn’t agree more with her stance. Some of the greatest albums of all time tell beautiful flowing stories that deserve to be experienced in the way they were intended by the artists. Listening to The Beatles’ Abbey Road on shuffle, for instance, is like reading the chapters of a great novel in a random order. For concept albums like The Rise And Fall Of Ziggy Stardust, from Bowie, you need to have the rise before the fall.

The album track listing isn’t just used to tell a flowing, linear story, in the manner of Bruce Springsteen’s The River, for example. It takes you on an emotional journey, lifting you up and bringing you back down.

In The River, ‘The Boss’ brings you from the depths of desperation – with The River and Point Blank – and picks you off the canvas with the joyous Cadillac Ranch. It’s not an accident. It’s deliberately paced. To listen to these songs in any other order does a disservice to the artist and the listener.

There are loads of other such examples, like Pink Floyd’s The Wall, or a couple of my own favourites like My Chemical Romance’s The Black Parade and Green Day’s American Idiot. Basically, insert your own favourites here, because no artist picks a track listing by random, even if they are facing pressure form labels to “frontload” them with the singles.

The CD player started it!

This isn’t Spotify’s fault. It didn’t start the shuffle, that responsibility falls on the CD player. In the early 90s, a cheap hi-fi system with a CD deck replaced my old hand-me-down tape player. As a kid I used shuffle all the time because it felt fun and new, but it was only when I grew up and gained a greater appreciation, I realised I was missing another layer.

The CD player’s folly was only emphasised when the iPod came along. Apple even named a music player after the act of shuffling your music, and that has carried over into the streaming era with Spotify, Apple Music and the rest.

A Deezer survey carried out in 2019 found that 15% of people under 25 had actually never listened to an album all the way through. Only 27% of listeners in the UK ever play the albums in the way they’re intended.

The album itself isn’t considered all that important to the music industry kingpins these days. It’s an era where trending streaming hits of the moment are seen as the be-all end-all. Ted Cockle, the former head of Virgin EMI in the UK, refers to albums as little more than an “artist appeasement tool”

“At some point, if the artist is seeing themselves as a recording artist and they’ve signed an album deal, in order to keep them energised, satiated and focused, you have to let them make an album,” he told the Guardian in August. “It’s a rite of passage.”

The way vinyl records – and even cassette tapes – continue to set modern day sales records suggests there’s a rebellion against these attitudes. That says albums – and the inability to hit shuffle – are important.

So, in an industry that’s largely dismissive of the album as something that’s even necessary anymore, it’s going to take more artists to speak up and wield their considerable power in order to protect their art.

As Lady Gaga said last year, after the release of Chromatica: “Please listen from the beginning to the end, no need to shuffle, it’s my true story.”