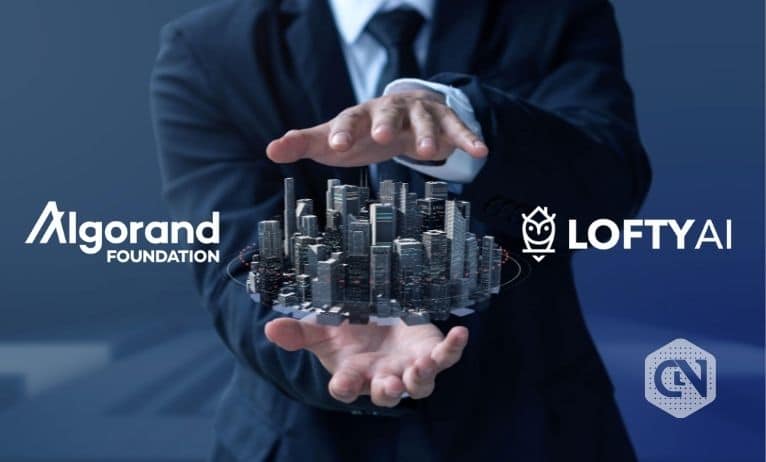 Lofty AI will now be able to allow its users to invest in fractions of real estate through Algorand’s blockchain network. Investments as low as $50 will also be allowed, and these transactions will be completed in just 5 minutes. Every property that the Lofty AI users will invest in will be authenticated and vetted with the help of Lofty’s own AI system as well as their on-ground team.

Another major advantage of the Lofty AI digital tokens is the fact that they retain 100% liquidity. Holders can sell their tokens whenever they wish without incurring any extra fees. Investors in Lofty AI token start earning a real estate rental income from the very first day they invest. Their token value is also appreciated on a monthly basis, keeping in line with the property’s own value appreciation.

Lofty AI’s main agenda is to simplify real estate investments so that it becomes as easy as simply buying stocks or cryptocurrencies. Lofty AI started off on this path in 2019 after their Silicon Valley accelerator called the Y Combinator.

Since 2019 Lofty AI has already been able to raise almost $5 million, and they have assembled a strong team of real estate experts, data professionals, and blockchain developers. Lofty AI has a social agenda as well. They want to solve the present-day real estate crisis by giving renters tokens for the real estate they are renting, which indirectly makes them part owners of the property.

Lofty AI hopes that they can use their Algorand Foundation Grant to realize this dream. They want to utilize the majority of the funds to create an internal, secondary marketplace. Investors can buy their Lofty AI tokens using debit cards or credit cards, and very soon, Algorand currencies will also be supported. Rental income to the investors is now being distributed in the form of USD. Very soon, investors will also be able to get their income deposited directly into their Algorand wallets.

COO of Lofty AI, Max Ball, announced that they are very excited about the partnership with Algorand Foundation. They want to utilize their help to increase the democratization of the real estate market.

Algorand has also expressed excitement at pairing up with Lofty AI emphasizing the scalability as well as the very low transaction fees on the Lofty AI tokens.

To understand the impact of the company in the market, check out the Algorand price prediction on Cryptonewz.