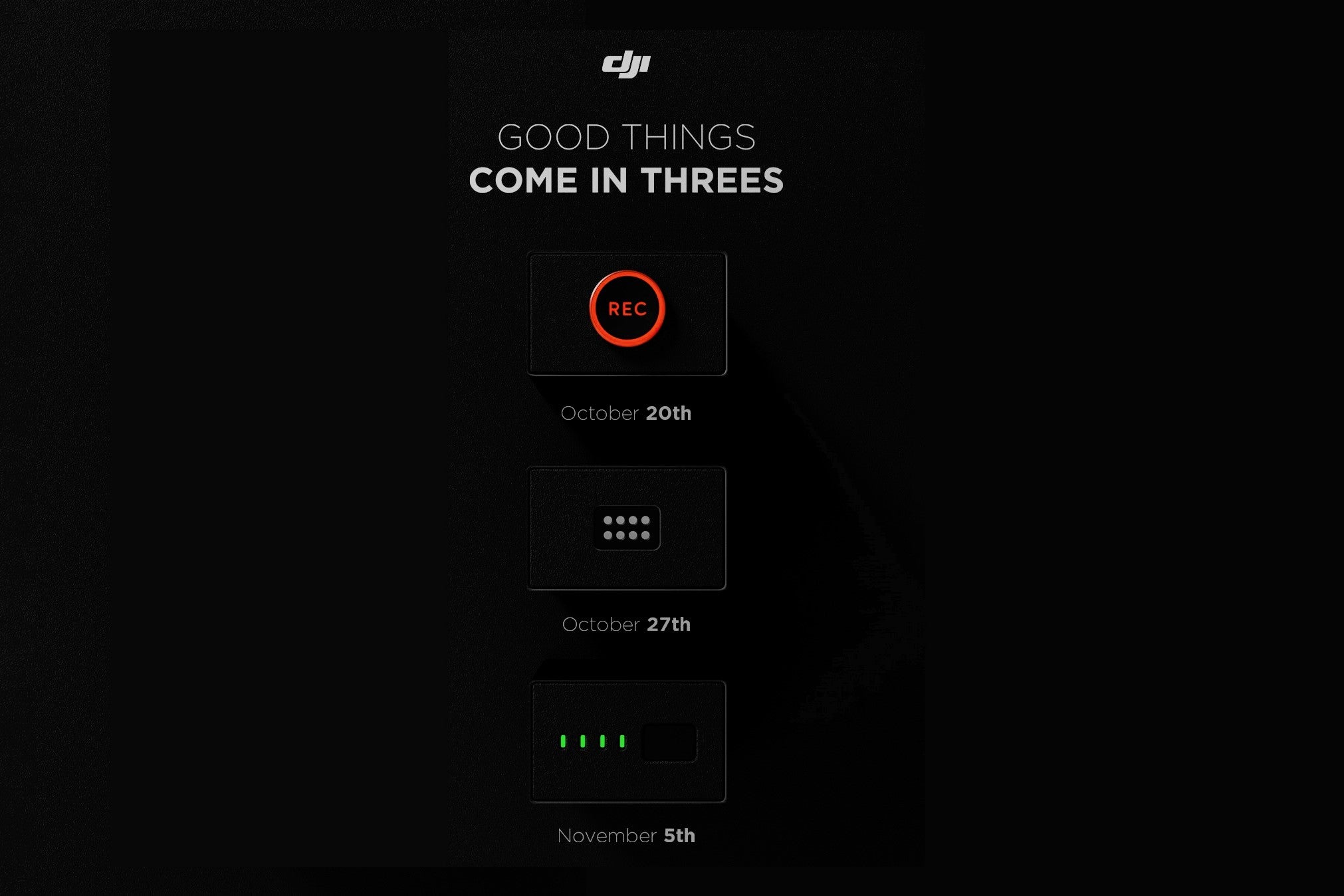 DJI has decided to announce three separate launch events at once, so it’s safe to say we should be seeing some new drones and cameras soon.

DJI, for anyone who’s not in the loop, is a company that manufactures drones for aerial photography and videography, alongside designing cameras and camera equipment.

The company has recently made the bold move to announce three separate launch events on Twitter, with two coming later this month in October and one planned for early November.

The teaser gives us three dates for the next three launches, which is an unprecedented tactic from DJI.

Based on the latest rumours, we can take a decent guess at what the company will be announcing; 27 October could be when the DJI Action 2 gets some limelight. The Action 2 is an action camera and has been thought to be coming out soon, so it may well crop up at one of the three events.

Plus, further leaks and rumours have suggested an even bigger launch on the 5 November, the DJI Mavic 3 Pro drone, with DJI leakers on Twitter claiming that the battery logo in the latest trailer matches us with the new drone, meaning it could land earlier than expected.

And looking back at the first date in the trio, the 20 October shows a recording logo in the trailer, despite little information on any new recording equipment coming from DJI in the last few weeks.

There is a possibility that the launch will reveal a brand new product or something that’s linked to a pre-existing line, like the DJI OM 5 smartphone.

It’s not that clear what the first event will bring, and since a lot of it is speculation, we might see some more new products popping up in the other two events.

If you’re interested in DJI and are keen to see what each new launch event tells us about upcoming products and cameras, then keep your eyes peeled here, as we’ll be up to date with other announcements as they come in.