Sound and Vision: IMAX Enhanced on Disney+ is welcome, but it’s late to the party 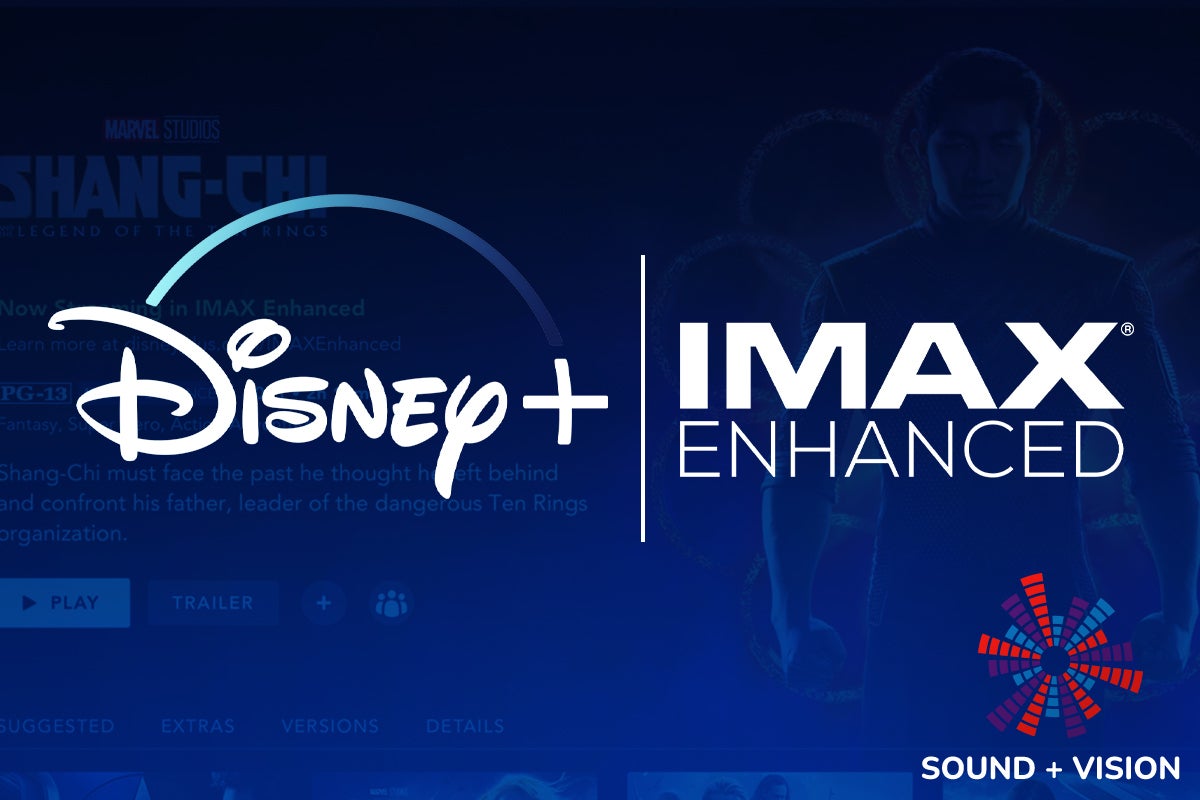 OPINION: Just ahead of its the two-year anniversary, Disney dropped the news that it’s bringing a selection of titles in IMAX Enhanced to Disney+. And that feels well overdue.

IMAX Enhanced is another in the legion of picture modes appearing on TVs, attempting to translate the cinema experience to the home by adhering to IMAX’s criteria of picture, sound and scale.

So even though you’re watching on a 55-inch TV at home and not a 26 metre IMAX screen, you’d get a similarly embiggened presentation with DTS sound that beefs up the bass and dynamic range.

Sony has been pushing IMAX Enhanced through its BRAVIA TVs and 4K Blu-ray/digital download releases, but it’s hard to say what success that’s had. Equally hard to determine the success of is Rakuten TV’s IMAX Enhanced push, but it’s not as popular as other services.

So, it’s welcome news that the biggest aspect ratio in town has made it onto one of the biggest streaming services. The nit-pick, though, is that it feels as if IMAX Enhanced is arriving late to the party.

Aside from recently released Marvel films, these IMAX renditions have been sitting on Disney’s shelves for years. They’d be perfect for 4K Blu-ray, but Disney seem rather reticent with physical media, reserving Dolby Vision HDR for Disney+ and plonking their films on BD-66 discs when a BD-100 disc would give these films ample space to look and sound their best. A film framed in the IMAX ratio feels like that’s the only way to view it, especially if you have a big TV.

And so, we must make do with the lower bitrate of streaming. However, with all these titles in its locker, for Disney, IMAX Enhanced feels like a weapon it has had in its arsenal and forgotten about. Perhaps the firm was saving it for Disney+ Day to create more interest, but IMAX Enhanced as a format is principally for dyed-in-the-wool AV enthusiasts, not so much a wider audience. If it had been on the service from the start, Disney+ may have attracted more notice for its AV credentials; viewed as a service that was upping the quality of the streaming experience.

Disney+ has made great strides in finessing its interface and overall experience, something we’ve reflected in our review. Out of the streaming services, it has embraced special features the most (though I’d be remiss if I didn’t mention some are still missing), as well as commentaries and deleted scenes. It takes me back to when DVDs first came out and the special features acted as film schools.

While it’s great that IMAX Enhanced content there, it’s taken much longer than it really needed. There doesn’t appear to be any technical hurdles to leap over, and the overall feeling I get is that Disney parses out content to keep streamers engaged and ensure it doesn’t lose them. Or if they do, like Michael Corleone in The Godfather: Part III, just when you thought you were out, they bring you back in. If true, it’s not really a tactic I’m fond of, but considering the buzz around this IMAX news, it probably works.

And this stems to all the streaming services. Only Sony’s BRAVIA Core has tried to go for the kind of quality 4K Blu-ray offers, but that comes with its own restrictions. If streaming wants to become the main way for consumers to digest content, there must be a bigger focus on bringing the quality of the cinema to the home. Otherwise, I’ll be sticking to my shiny 4K Blu-ray discs for the best quality that Hollywood can provide.